The Adolf Messer GmbH, founded in 1898, developed the first Oxyfuel torches for welding and cutting. The company became worldwide known as messer Cutting Systems and gas and welding technology manufacturer Messer GmbH. In 1999 the welding and cutting technology activites were merged in the Messer Cutting & Welding GmbH, and have been integrated into the MBCHolding GmbH in 2000.

(Same Torch can be used for Acetylene/LPG/*BMCG)

Save Gases by Using Facility to Lock Pressure & Flow

The safety you can rely on with our reputation behind it

Flashback arrestors are made as per EN 730, BAM approved & UL Certified

It discontinues automatically the supply of oxygen and fuel gas to the torch when the torch is placed on the hook during the intervals between operations. The flame does not require re-setting on resuming operations. When the torch is unhooked, the full gas flow supply is released and the previous mixing ratio is maintained. Absolutely necessary whenever work involves frequent temporary stoppages; as in production brazing. Greatly improves brazing efficiency & productivity and economy in gas consumption.

The New High-Performance Brazing and Heating torch AIRTHERM *FSH-P* continues the tradition of Messer gas brazing and heating equipment with quality and reliability, which is synonymous with Messer.

The torch series AIRTHERM *FSH-P* for fuel gas propane/atmospheric air with power and highly stable flame even in most adverse conditions is a proven design incorporating the latest technical features necessary to meet the ever-changing applications and requirements for gas brazing and heating.

The Brazing and Heating Torch AIRTHERM *FSH-P* is the low-cost, high-quality, valve alternative. 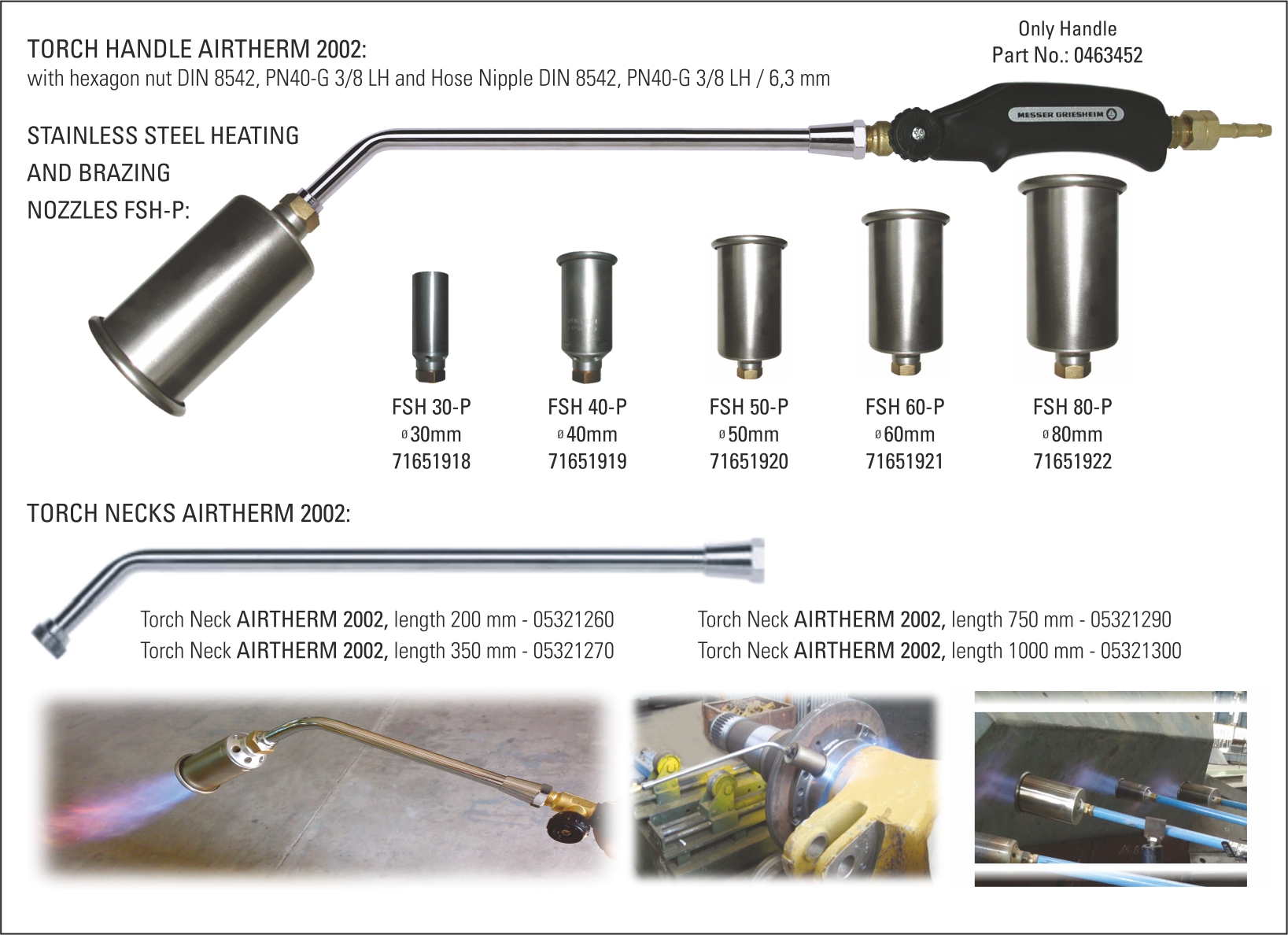 Uninterrupted Gas Supply for your applications

Gas cylinders are used for many applications in factories, workshops, laboratories, hospitals, universities, etc. The gases used have many different physical and chemical properties and they may cause dangerous situations if not handled properly. The best solution is to locate a gas cylinder outside the working area and distribute the gas by pipeline to the point of use. Apart from safety, this approach offers quite a few advantages over using single cylinders at the point of use as below : 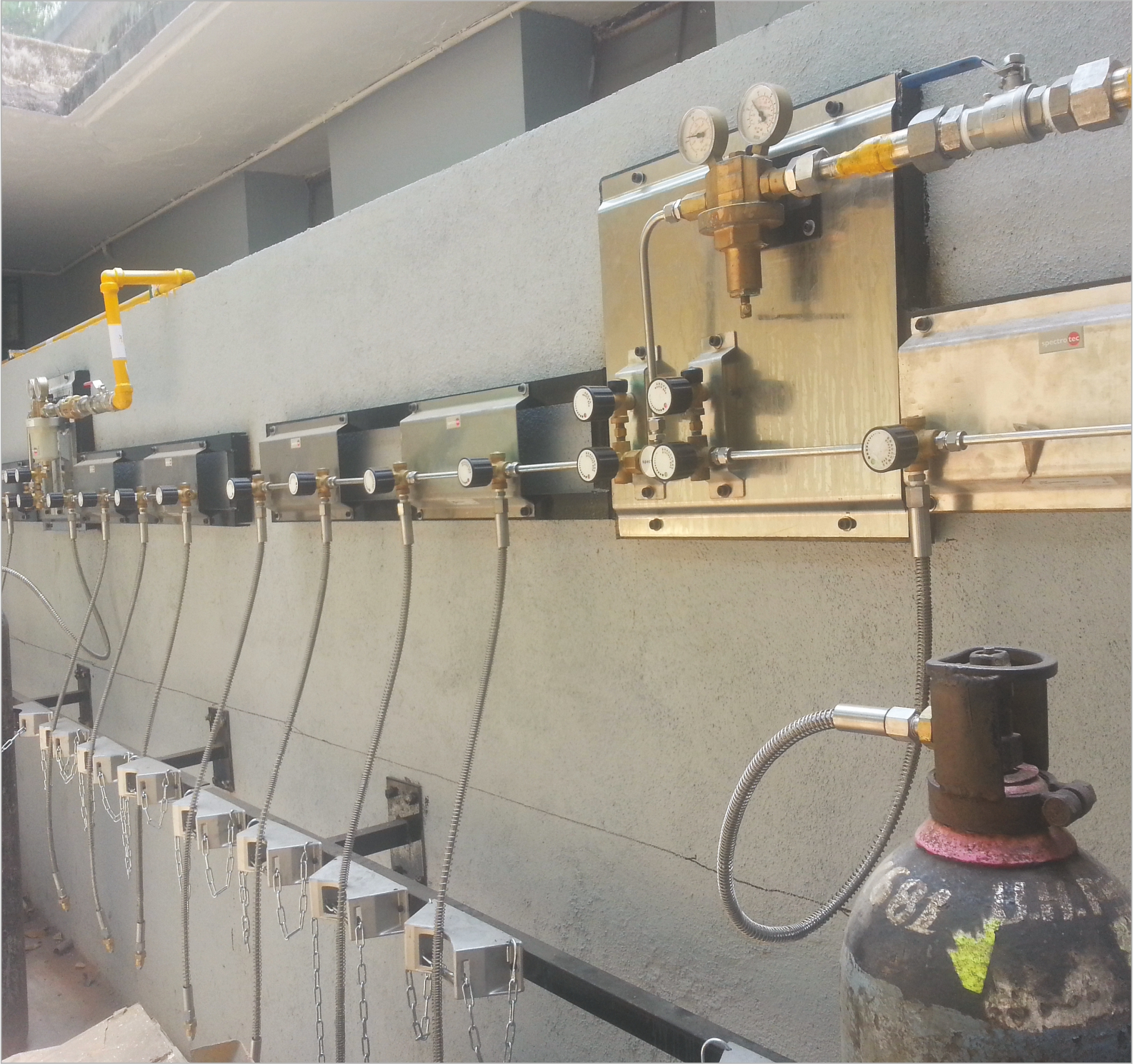 A Central Distribution System for gases must fulfill the following requirements :

Scroll to top
REACH US

Chat with us on WhatsApp